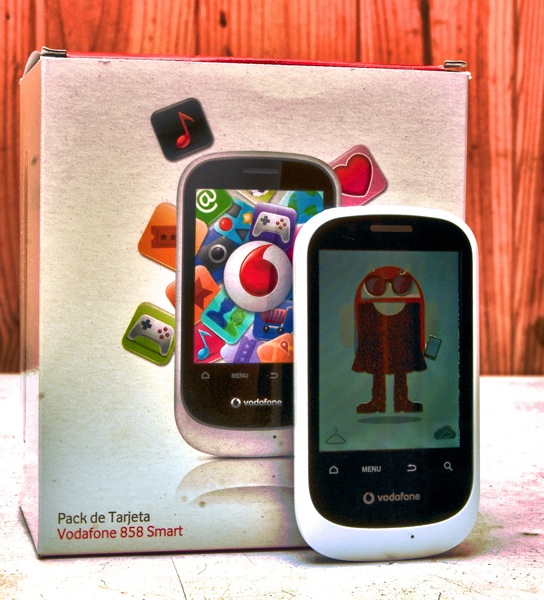 Recently Vodafone launched the Vodafone 858 Smart pre-paid Android smartphone for 60 €, with 12 € in calls and free internet connection until August 31, 2011. So I run to the nearest Vodafone shop and got my first real Android device (previously I only played with the emulator and iDroid).

While this phone does not include the lastest version of Android, it includes a pretty new one that will allow a huge bunch of the Android Market to be used.

The system feels pretty fast, but if you install too much applications (I got 109 on the first day) it will start to do really crazy things, like automatic restarting, taking more than 15 minutes to list the installed apps, so on. Just don't install anything you don't really need and it will go fine.

There are however some limitations you have to take account into, that will be described below.

Appart of the applications usually bundled by Google with any Android phone, Vodafone includes a little bunch of applications on their own, including a Formula 1 one, a propietary application shop (an irony considering by default it is disable to install things outside official Market), a music shop and an updater for their own applications.

They are capped to not work under Wifi connections, so you'll probably never use them.

There is also an application for the FM Radio that does its job pretty well, with automatic channel searching and RDS support. I suppose it's the same on all Android phones with a FM receiver by the way.

In this particular Android model, the Java runtime limitations appear quite clearly (Dalvik). Just a little number of applications installed will make the system run out of RAM really fast, making it feel like a turtle walking over hot tar.

The browser feels just enough, and Adobe Flash is not available (due to missing features of the processor, if you install it forcedly it will simply crash the browser instantly). Also the lack of multitouch and the small screen makes browsing not desirable (or reading eBooks).

When it comes to games, even the simplest 2D games of the Android Market (like Angry Birds), simply are unplayable, so not to say forget about 3D ones.

The phone includes a big bunch of sensors, but not so many applications to use them.

The assisted GPS is pretty slow finding satellites while on clear sky (more than 5 minutes), and the accuracy is low. I tried it one night of walk using the RunKeeper application to track me, with the phone in one of my pockets and the resulting data was as if I were doing zig-zags on the street.

If you want to use the digital compass you'll need to download some application from the Market, but forget about it, it's absolutely unusable. After dozens of calibrations, it still shows the same error of 130 degrees. When pointing to 0º N it thinks I'm pointing it to 135º SE. And if I rotate the move clockwise, the sensor does not detect the rotation, staying always as pointed to SE or S.

The temperature sensor also needs an application to use it. I tried AndroSensor, but it always says "Waiting for Event", so I don't even know if it works at all.

The FM receiver however it's the most accurate of all, being able to find all broadcast radios on my city inside a building. The bad thing is that it requires the headphones to be connected, as they act as the antenna, but this is not a problem as mostly you'll want to use both at the same time.

The phone supports all the known GSM/UMTS data network variants (CSD, GPRS, EDGE, UMTS and HDSPA) and almost all the GSM/UMTS frequencies, so you'll almost never get out of options (but CSD is not enabled by default, it's slow, expensive, not included in data plans, just forget this archaic technology)

The reception is pretty good, and the data speed is really decent. Things change when using Wifi. While it supports up to 802.11n protocol (that should be more than 108Mbps), all tests concluded with it being 10 times slower than the other devices tested (the router is 802.11g). Anyway, it is still faster (and cheaper!) than using GSM/UMTS.

Bluetooth speed and performance is excellent in all the cases.

The phone supports tethering via USB, Wifi or Bluetooth. I don't know if it's included in the bundled data plan, but at least you won't need to make tricks, roots, or custom ROMs to enable it. 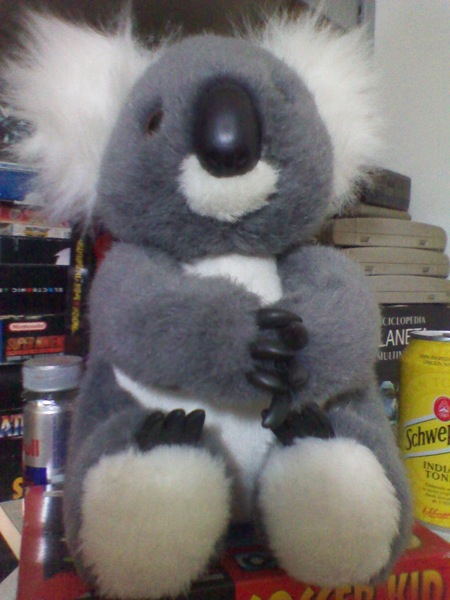 The included camera sports a 1.9 megapixel sensor with unknown focal length (if you know please tell me), fixed focus, no optical zoom and no flash of any kind.

The automatic white balance works quite well, and offers up to 2.8x of digital zoom, but the level of noise in the camera is so high that when using the digital zoom the photo is all noise.

The dynamic range is very slow, getting pale colors and easily overexposing or underexposing details. Also the sensibility is very poor, being unable to get any photo under the light of a candle (not even the candle itself, only the flame that gets overexposed).

Also the focus point is set very far of the camera (more than 5 cm / 2 inches), disabling the ability to take near photos, and probably making useless any barcode scanning software you can imagine (I tested a few and none worked).

Finally it gets lens flare quite easily, so put your hand over the phone always when in direct light.

The music player works quite well and flawless, but the integrated speaker (monoaural) is a pain in the ears. Luckily the included headphones sound good and are comfortable.

For videos, the screen is too small to watch a movie (get a tablet!), and the performance when playing anything higher than 360p drops out dramatically. Even a simple 480p video from Youtube gets framedrops.

There is no included CD on the package so you'll think at first something will appear when you connect the phone thru USB to the computer. And it does.

A virtual CD appears called "Mobile Partner", but don't expect any kind of software there, just a driver for developers, that doesn't even work (a bug in the installation file prevents it from working unless modified). If you are not a developer, forget it at all, I have not named it, erase it from your memory. period. If you are a developer you can use the driver on Android's SDK webpage.

While you can always use the included 2 GiB microSD card to put the music and videos and photos you want in any kind of disorder you prefer, and let Google sync the contacts and calendars using your GMail account, probably you'll want something more automatic.

So, as nothing is bundled to do that by Vodafone, we should go to the manufacturer directly.

If you are a Windows user you're lucky, because the manufacturer's software, Hi Suite, only available for Windows, is free, and allows syncing everything we can imagine, from applications to SMS, from contacts to Android updates (none available yet), and even backup the whole device, using the USB cable or over Wifi.

If you are however a Macintosh user, you're not so lucky. The only free option is DoubleTwist but it only works for multimedia. However for US$39.95 you can get Missing Sync for Android (Windows version also available) and sync everything the official suite does on Windows and more (no backups or updates, but...). It supports syncing via USB, Wifi and even Bluetooth.

In any case don't use two (even less three) syncing applications at the same time. Because of design decisions of Android, all of them will stay running in background (taking RAM, CPU power and battery) waiting for a sync to be requested.

Ok I think I've not forgotten anything.

This phone is of course not state-of-the-art, however it's a really bargain for that budget, and in my opinion an ideal for one starting with smartphones (that in time will feel the need to migrate to a bigger thing, like an iPhone, a Galaxy, so on).

If you're a developer wanting to start developing for Android this is an ideal, as you'll learn (by the hard way) to optimize your applications, and your budget won't be affected at all.

Also if contracts made you tremble in fear, this is the best way to get a smartphone without signing hundreds of contract while thinking your soul is being sold at the same time.

However if it's not your first smartphone at all and your budget allows you to sign contracts or spend money, get anything bigger, even if you come from something as old as an iPhone 2G or a Nokia N70, this phone will make you feel being stepped back.

Also if you are searching for a cheap phone to go to places dangerous to your more expensive ultra new one, this is the ideal choice.

UPDATE: The phone is multitouch, the included operating system disables that.
UPDATE: You can install Android 4.0.3 (Ice Cream Sandwich) if you're brave enough, follow my guide here.